We do not share data with anyone. Your Trello info is only used to create a card for you.

Code should be as easy to read as a book. If you spend more than 5 seconds trying to understand a function it might be already doing more than it should.

github.com/brunolm/react-how-to is a repository that shows how to do things by example.

Each Pull Request on this repository is a complete guide on how to do something, for example if you want to add redux to your project you can just check this Pull Request and see some instructions and all changes required.

If you want to setup tests check this Pull Request.

Better than just reading some instructions you get a full example and a working project as a guide. 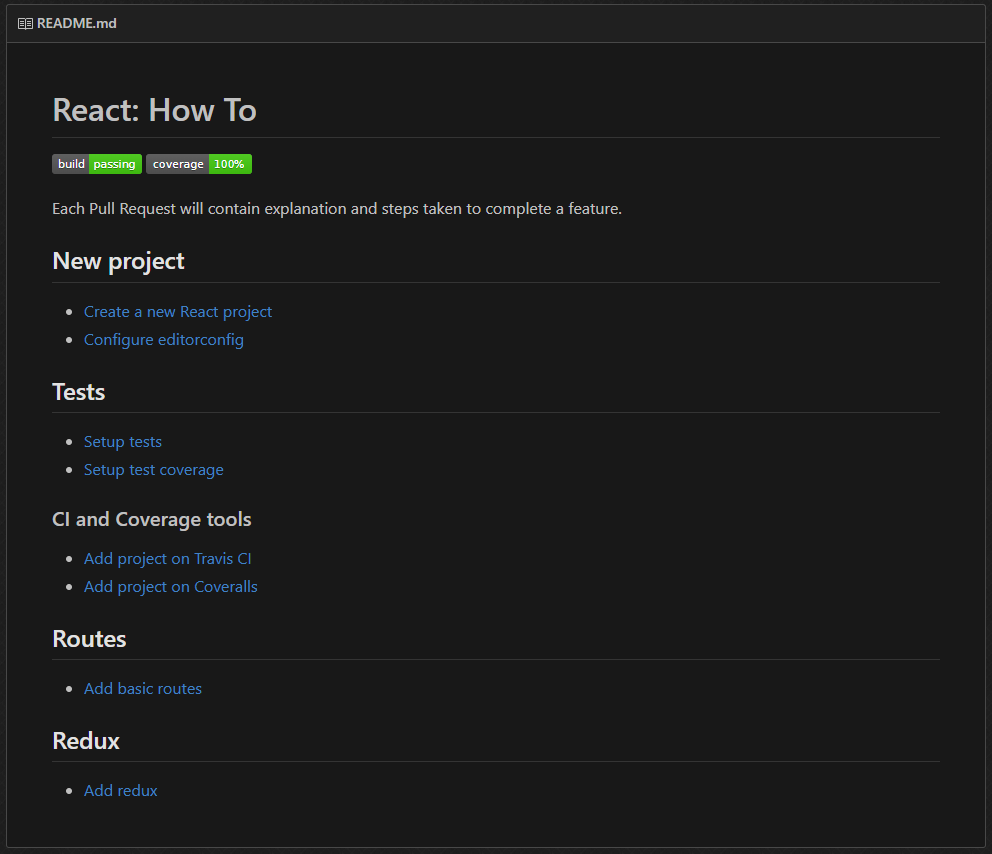 I found a challenge called “The Bomberman Game” on HackerRank and I found it pretty interesting.

Return the map after N seconds have passed.

The first thing I though was to solve it with a generator (well, there was no real need to use it, but since it is about a game I thought it would be fun to be able to access any state of the game).

END_OF_DOCUMENT_TOKEN_TO_BE_REPLACED

TL;DR; Workflowy is a (free) website where you can take notes and doesn’t matter how big it gets it is still easy to manage. Check it out https://workflowy.com/invite/35df8d82.lnx

Workflowy is a (free) website where you can take notes on lists. It is being really useful for me (and every co-worker) because we can take notes of steps we take to do something then when we need to use it again we can just look at my notes instead of having to figure it all out again.

We can also take notes of commands we run so if we need something crazy again we don’t have to figure it out, it’s already there.

If you want to try it out you can register with this link https://workflowy.com/invite/35df8d82.lnx

END_OF_DOCUMENT_TOKEN_TO_BE_REPLACED

nvm is a popular tool that runs on bash to manager node versions. power-nvm is a version I created for Windows, to install:

It has the following commands (for now):

END_OF_DOCUMENT_TOKEN_TO_BE_REPLACED

Coding Wise
Create a free website or blog at WordPress.com.